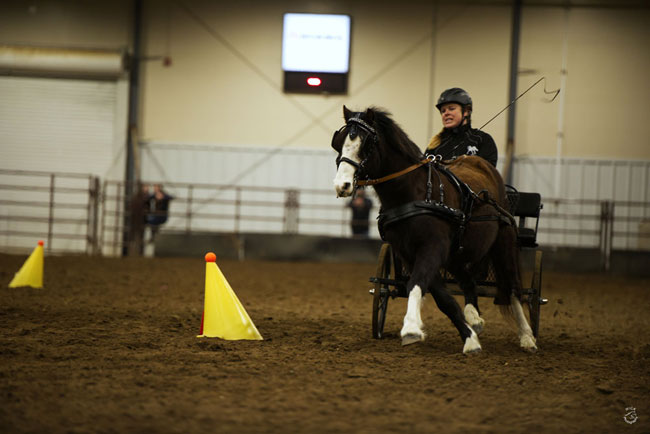 Carissa lives in Southey, SK, and is the owner of
C Armr Ponies.Â  She was inspired to raise endangered ponies by her Grandma Genevieve Kurtenbach, who raised Welsh Mountain Ponies and was also one of the founding breeders of the rare Canadian Rustic Ponies.

Carissa wants to continue to pass on the knowledge she got from her Grandma to the next generation.Â  She has ridden and driven a lot of amazing ponies over the years.

Some people believe that ponies have a bad reputation.Â  Â Carissa wants to correct that belief.

As the trainer at C Armr Ponies, Carissa knows the key to developing a solid pony is exposing them to various experiences on and off the farm with children under adult supervision.Â  She strives to train all her ponies for both riding and driving, in order to develop a well-schooled pony that the whole family can use, reducing the need to re-home the pony once the child has outgrown it.

As Carissa is a high school teacher, she knows the importance of continuous learning.Â  She is always looking for opportunities to enhance her skills, especially for driving, as that is her favourite discipline.

She loves attending all events, whether that is clinics, trail rides or shows.Â  You will always find Carissa enjoying her time out at the barn with her ponies and nieces or neighbour kids by her side. 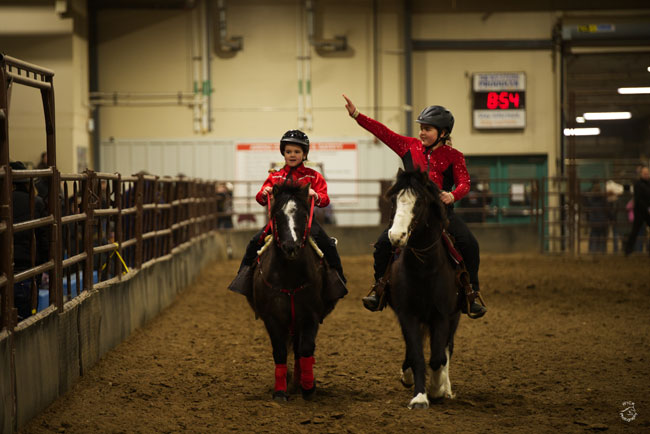 Ava is Carissaâ€™s 10 year old niece and from the time she was a toddler she wanted to be with the ponies. She went to her 1st horse show when she was 2.5 years old where she did showmanship and leadline with their Section A Welsh Mare Voo Doo. Since then there has been no looking back.

Ava learned to ride and show with Voo Doo until her passing in 2018. Then they gelded their Section B stallion Sudans Little Mr Independent for Ava to ride and drive at the shows.

As Ava is growing, she will soon be too big to ride the small ponies and will transition to her Section D Welsh Gelding Kelly Acres Scandal Sheet.

Every chance she gets, Ava is either out at her Grandparentsâ€™ farm in Esterhazy with the ponies or her Auntyâ€™s farm in Southey.Â  When she is back home in Saskatoon she plays with her collection of Breyer horses; she is one pony crazy girl! 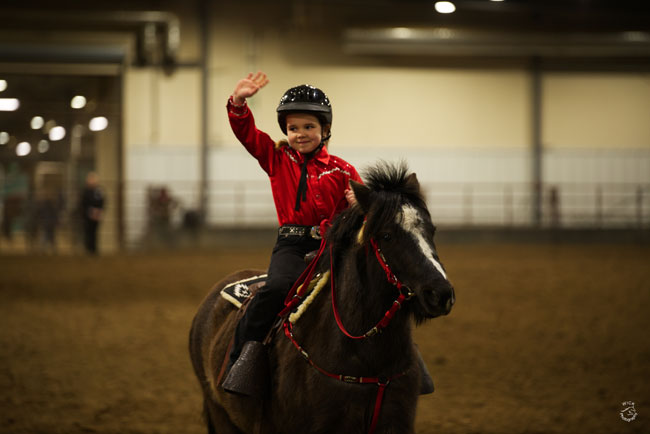 Annika is Carissaâ€™s 7 year old niece who also enjoys being on the farm and riding the ponies with her big sister.

She was at her 1st horse show at 6 weeks old watching Ava compete, and has been coming to the shows ever since.

Once she was big enough to start showing she used Gewels, their Newfoundland pony in showmanship and leadline.

Over the years she enjoyed riding and showing their Section A Welsh Mare Voo Doo but she always goes back to her favorite pony, Gewels. Those two have a special bond and it is exciting to watch them, whether itâ€™s in the show ring or out riding on the trails.

Annika loves to lope and her favorite classes are the gymkhana events.